Offensive Ads and Stereotyping: When Your Marketing Can Cause a Crisis

Words and images: Can’t advertise without them. However, when those two things are used indiscreetly by creative marketers, an offensive campaign will sink faster than a pig in quicksand!

A recent column by Bill White in the Lehigh Valley’s newspaper, The Morning Call sparked my curiosity about distasteful and offensive ads. White referred to a local business hosting a Halloween fright night with the theme “Psychopath Sanctuary.” 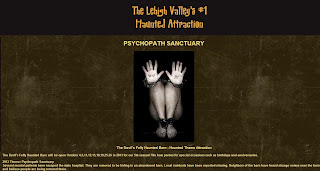 The advertisements, which ran on local radio outlets, speak of missing residents in a local town being tortured after mental patients escape the state hospital and hide in an abandoned barn.

There has been criticism from the community and the local group of the National Association of Mental Illness, citing the lack of compassion and understanding for the disease of mental illness and those who suffer. In my opinion, the advertising and the attraction perpetuate a troubling stereotype about individuals suffering with mental illness.

The controversy has been somewhat lost on the owner of the business, who at first responded quite harshly and tried to downplay the issue saying what a great country we live in where people have little else to complain about than radio commercials. He has since offered to take the complaints under consideration for future advertising and expressed that he had no intention to cause any hurt or inconvenience.

All businesses need to understand that their messages and images can be taken in a way that was unintended or insulting. I watch television and complain about sexist and racist ads all the time, even when they seem harmless or cute. It is important for creative folks and the businesses they serve to remember the diversity of their audience.

Are women the only ones who want their homes to smell nice or be clean? Swiffer, I’m looking at you! How about the bachelor pad or the college dorm room instead of the homemaker image that completely portrays sexism?

Don’t get me wrong. I understand that these ads are meant to target a particular buying audience within the general population, usually based in consumer data, but that doesn’t mean they won’t be perceived as offensive to some.

A Harris Interactive poll article on distasteful advertising gives a breakdown of how folks make purchasing choices based on their feelings and the demographics involved in those decisions.

These ads from yesteryear, posted by WalltoWatch.com, although perhaps not considered offensive by the standards of the day are, by comparison to today’s attitudes, quite repulsive. 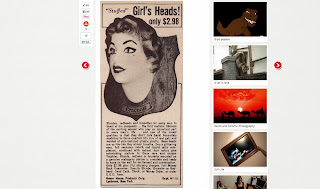 On occasion, though, there are those companies who haven’t learned the lessons of the past.

On the Quality Logo Products (QLP) blog, Jenna Markowski shared 12 Offensive Advertisements You Shouldn’t Mimic Under Any Circumstances. Her list is on the mark and offers good advice to anyone needing to pitch a product or service.

Does any company want to make an apology and lose customer trust while cleaning up the mess? It’s best to make an effort to consider all audiences before creating the need to manage a crisis.

Just ask the big-time advertisers mentioned in a New York Times article by Stuart Elliot and Tanzina Vega about how hip and cutting-edge ads can be cutting off the customers.

Have you seen an offensive ad lately?
Posted by Unknown