If you aren’t familiar with Snapchat, let’s start with the basics. Snapchat is a mobile photo messaging and multimedia sharing app which has been growing rapidly among mobile users (predominantly ages 18- 34). At the end of 2016, it had over 150 million active daily users among which 54 percent log in every day. For more statistics, check out Snapchat by the numbers.

One of its most popular features – and, importantly, an revenue stream that Snapchat hopes to grow – Geofilters are location-based overlays that Snapchat users can apply to their Snaps. Snapchatters, businesses, artists and designers can submit fun and creative Geofilter artwork which can be used strategically for marketing.

There are two types of Geofilters:

A Community Geofilter is one that doesn’t include any branding, business marks/names, or logos, and doesn’t promote a business or a brand. Sometimes called a Personal Geofilter, it can be submitted to Snapchat, for example, to celebrate a birthday, a prom, a graduation, an anniversary or the like.

An On-Demand Geofilter is one that promotes a business or a brand, and it will need to meet the Business guidelines set forth by Snapchat. A Geofilter delivered to a national audience will typically be seen by 40 percent to 60 percent of daily Snapchatters.

The idea behind Geofilters is to be creative and compelling. An On-Demand Geofilter cannot be active for more than 30 days, so if it’s a Geofilter with the name of your business, make it something exciting and submit new Geofilters monthly (and remember not to cover up too much of the screen). There are many uses for Geofilters. Just some of them include:


In order to have your Geofilter accepted by Snapchat, it is important to follow the guidelines (listed on SnapChat’s website as of April 24, 2017):


Have you seen or used any compelling Geofilters lately? Share your Geofilter stories with us in the comments.

Why is Email Marketing Newsletter Content and Image Balance Important?

There is nothing like opening an email on your computer or phone and seeing the following screen: 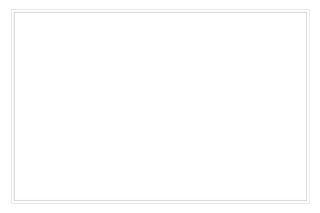 The average person received 90 emails per day in 2016. As digital marketers, we want to ensure that our messaging stands out in the crowded email-marketing space. Unfortunately, email marketing messages such as the above, that rely on only images and no words, are far more likely to miss their mark. Unless the email has a subject that has captured my attention, this email would immediately get deleted. In fact, I might even take the extra minute to unsubscribe.

Using an image is a great way to grab attention in your email marketing, but adding text content that supports the image is a best practice. That way, if your image doesn’t display correctly in your recipients’ inboxes – showing only a message to “right click here to download image” – they still will have an idea what your message is about. 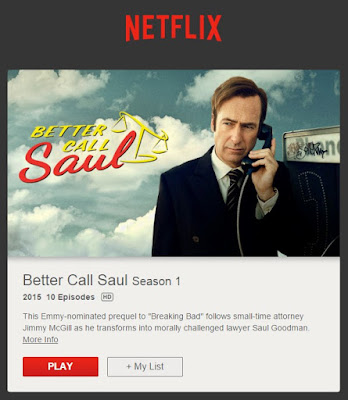 Netflix has included a large, attention-grabbing image at the top of the email, and below, they have added text content that supports the image. The image immediately presents the promotion, and the text content provides more insight. Even if you don’t “load the images” for this email, you will still understand the message. At the bottom of the message, Netflix add two action buttons (if you need help constructing an effective call-to-action, check out our recent blog post).

Below are a few email marketing best practice tips:


The appropriate balance of images and text ensures that your recipients are more engaged in your marketing messaging and are more likely to click-through your call-to-action links.

Echo Chambers and Alternative Facts: PR in the Public Sphere 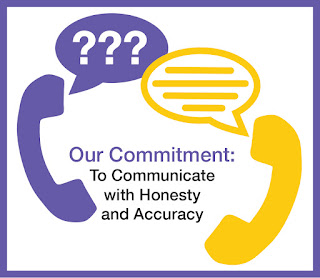 There’s an echo in the room. Do you hear it? Every time you scroll through your Facebook or Twitter feed, that echo reverberates louder and the walls inch inward.

You see a headline that makes you nod in agreement. You “like” it and move on to the next post. Some of the articles have no basis in fact, but you’re not reading the articles anyway, just the headlines. The more you click that blue thumbs-up emoji, the less the facts matter, and the more your emotions start to build their own reality inside these walls. Now the air is thick with alternative facts in an alternative reality of your own making.

Welcome to your echo chamber.

This isn’t the Twilight Zone. The practice of engineering public opinion through mass dissemination of information, and watching as that information (factual or not) sways people’s emotions and actions, can be traced back more than 100 years.

In October 1902, leaders of the American coal mining industry were arguing over whether the president cared more about mine operators or mine workers. Theodore Roosevelt’s response was, “I speak for neither the operators nor the miners but for the general public.”

Roosevelt and his administration pioneered the use of public relations to convince the American people that the U.S. government was equipping them with the necessary facts to make policy decisions that were rooted in their best interests.

An activist in many respects, Roosevelt felt strongly for the well-being of anthracite miners who were on strike in Pennsylvania at the turn of the century. Although he could have let his emotions guide major U.S. policy decisions, he instead went out seeking the facts — not “alternative facts,” but actual information that could be verified, including first-hand accounts of the living and working conditions of striking miners, as well as non-union mine workers.

Roosevelt carefully researched the issues facing the American labor force, and helped galvanize public opinion in support of the government’s ability to present accurate information and proposed solutions, for the sake of the greater public good. In essence, his public relations strategy wasn’t just fact-based, it was also ethical.

Let’s not be naïve. Unethical tactics are used as a part of larger public relations strategies all the time. Some tactics are more disturbing than others. The manipulation of facts to serve a biased agenda and garner support from the masses was most notably enacted by the Nazi regime leading up to and throughout World War II (1939-1945).

The German propaganda minister, Joseph Goebbels, and other Nazis managed to take hold of the human psyche and derail the world’s understanding of what was fact and what was fiction by carefully crafting public relations campaigns that included posters, children’s books and newspaper ads depicting Jews as criminals and crooked personalities.

These tactics came to a head on the night of Nov. 9, 1938. The “Night of Broken Glass” saw the desecration of Jewish cemeteries and the arson of Jewish-owned businesses and synagogues , with additional campaign tactics following the events, blaming Jews for the violence. Over the next six years, more than 6 million European Jews and minority groups were murdered in one of the largest genocides the world has ever seen, otherwise known as the Holocaust.

Whether we choose to call it “propaganda” or “alternative facts,” the definition is the same, and so are the results: A public relations agenda utilizing mass media to reiterate false information, resulting in a loss of basic humanity.

The speed at which we can re-post, retweet or Snapchat whatever we want on today’s social media platforms is alarming. At no previous point in history have we been able to disseminate information with such ease to so many people at once, whether that content is a vehicle for telling people the facts, or creating “alternative facts.”

In the past 18 months, rhetoric used by President Donald J. Trump and re-posted throughout Twitter and Facebook has included phrases such as, “bad hombres” and “rapists” in reference to Mexican immigrants, as well as repeated xenophobic remarks against Muslims and a call for a Muslim registry in the U.S. – a proposed move that is frighteningly similar to the stars that Hitler demanded all Jews wear on their clothing.

More than 100 years after Roosevelt, we must ask ourselves whether politicians, or any public figures, are taking their cues from our former president and speaking on behalf of the greater good, or if they are operating by an alternative set of facts in order to achieve an alternative (and dangerous) agenda. In a world where anybody with a Twitter account can make a statement to 25 million people at once, and where our news feeds are our own personally programmed echo chambers, it’s important to question the legitimacy of the information we’re being spoon fed through our screens.

As PR professionals, we advise our clients on what type of messaging they should send out into the world, and we do our best to advise them on what facts to disseminate in those messages. We also try to predict what the reaction will be from those who digest that information —Facebook “likes” and Twitter retweets are measured, recorded and analyzed. We try to understand the psyche of our clients’ followers, because we want to know what catches their attention, and duplicate it for the success of future clients.

We also hold ourselves accountable to a core set of ethics. Regardless of whether a Facebook post filled with exaggerated content and alternative facts could garner mass attention and popularity for our clients, we choose instead to operate on truth.

What about our industry as a whole? Are we doing enough collectively to battle the alternative facts that are inundating our newsfeeds? It’s evident that the field of public relations and communications has a fraught history, but which end of history are we going to choose to define us?

In January, the Public Relations Society of America, which represents 22,000 communications professionals and sets a code of ethics for the profession, took a firm stand. PRSA Chair Jane Dvorak released a statement reaffirming the organization’s commitment  to communicating with honesty and accuracy.

“PRSA strongly objects to any effort to deliberately misrepresent information,” the statement said. “Honest, ethical professionals never spin, mislead or alter facts. We applaud our colleagues and professional journalists who work hard to find and report the truth.”

Communicating with honesty and integrity is a core value for the PR and marketing team at Furia Rubel, as it should be for all of us.