Making Deadline: a Tribute to a Hometown Newspaperman 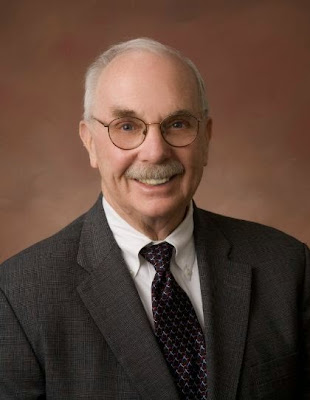 Several weeks ago, we said goodbye to a dear friend, Joseph Wingert, who passed away after a lengthy illness. Joe was the publisher of our local weekly newspaper, the Bucks County Herald.

At a time when I was discovering my chops as a writer, the publishing industry was beginning to feel the grip of the Internet take hold. I had no idea back in May 2003 when I pitched my first story idea to Joe’s wife Bridget Wingert, editor-in-chief of the Herald, how strong a grip this little independent newspaper eventually would have on my life.

When you met Joe Wingert for the first time, you typically received a strong handshake, a pat on the back and a warm welcome. After that, it was an embrace and an even warmer greeting. When he became more familiar with you, he gave you a big hug and a kiss. However, any time you came face-to-face with Joe Wingert, he would look you in the eye and with that enormous mustachioed smile and those big, bright, blue eyes and he’d become immersed in conversation with you as if you were the only person in the room.

As I got to know Bridget and Joe, I learned Bridget had been an editor for years at previous Bucks County weekly newspapers. When a corporation took over those local weekly newspapers in the quaint towns throughout Bucks County, Bridget decided to start her own and along with her came Joe who, despite his well-earned retirement, took on the job of publisher with gusto.

Heading back to school as an adult some years ago, I enrolled at Cedar Crest College, a small, liberal arts school in Allentown, Pa., and one of only a handful of women’s colleges left. At The Crestiad, our college newspaper, I wrote a column and helped publish the paper.

In a conversation after class one day, my professor and I discussed that I was writing for the Herald, a paper founded and run by a woman whose husband not only supported the business, but was its publisher. My professor thought that was quite empowering and a great example to an all-woman class. She asked if Bridget and Joe would consider coming up and speaking with the class. I asked and they cheerfully obliged.

Bridget spoke about her past editorial roles and then discussed the founding of the Bucks County Herald. Joe interjected here and there, making jokes or discussing the process of publishing a paper, the industry and his part at the Herald. One thing I recall Joe joking about was how deadline day was the all-important day of the week at the Herald. It was when they put the paper to bed, as they say. “Lord knows, whatever you do, don’t die on deadline day, nobody’s coming to your funeral,” said Joe with a laugh, pointing over to Bridget and winking to the class. It was a delightful evening that I would recall with poignancy years later.

Several years before the Great Recession hit, small businesses were being hit in the pocketbooks and my life partner (now my wife) was laid off from her job as an auctioneer after more than 20 years. Though she knew nothing about Excel spreadsheets, human resources, ad copy, setting up a newspaper or weekly deadlines, she did know sales. Joe Wingert found a position for her and she’s been full-time at the Herald ever since.

Over time, her position of Gal Friday evolved into Assistant to the Publisher, and she has learned computer skills, the newspaper business, and office management. Joanne and Joe became very close in the past decade, chatting about business, life, and illness (Joanne is a metastatic breast cancer survivor, so they had lots to share).

Joanne and I have long considered Bridget and Joe family. We know their sons and daughters and Joanne has worked with numerous Wingert grandchildren over the years as they interned through the summers and has had fun watching them all grow and mature into young men and women of whom their grandparents can be proud.

In 2012, when same-sex marriage became legal in Maine, Joanne and I got married - after nearly 26 years together. We filled out the forms and were married in a snowstorm with just my sister, brother-in-law, our officiant, her husband and our standard poodle, Looloo, in attendance. But when we came home to Bucks County, Joe and Bridget Wingert would not let the momentous occasion pass by unremarked. They threw us a party at their home to celebrate our union. They had invitations made up, and told us to invite family and my coworkers, as well as the entire staff of the Herald. It was simply the most caring gift they could have given us.

At our own celebration in 2013, the DJ asked all the couples to head for the dance floor. After they danced for a bit, he asked those who had been together for one to five years to sit down, then those who had been together six to 10 years, and so on, until the last couple left dancing was Joe and Bridget Wingert. Bridget refused to say how long they had been married and Joe wouldn’t utter a word. He was a very, very smart man! I see them as inspiration for a long, loving marriage.

Joe Wingert passed away during the early morning hours on Wednesday, April 22, 2015. It was officially deadline day for the Herald. He leaves behind a legacy that Bridget is carrying on, and I am so proud to be a small part of the Bucks County Herald’s story.

I see the greatest contents on your blog and I extremely love reading them.Joseph Tacopina