Gorkana, a leading global media intelligence company, recently offered a webinar on the subject of creativity in the public relations industry. Some of the experts on the panel attended this year’s Cannes Lions Festival of Creativity and offered their reflections. Cannes is the world's largest celebration of creativity in communications. The Gold Lion awards recognize the best work from the past year, and the festival’s learning program hopes to inspire professionals for the future.

Are public relations professionals creative enough? How can we deliver a message so powerful that it stays with our target audience? Those were the questions the panelists debated.

The panelists:
Is it better to hire “creative all-arounders” who, with the agency, come up with creative strategies? Or is it more efficient to hire creative specialists?

Two professionals had very different viewpoints on this issue. One panelist argued in favor of hiring specialists so the agency as a whole does not spend 25 percent of its time developing creative ideas. He believes that there should be a creative team in place to be the experts in that area, to free up other agency professionals to focus on other aspects of the business.

Maes said that her agency hires “creative all-arounders” with the ability to be inquisitive and curious while devising fresh ideas for clients. This presents an opportunity for the whole agency to be filled with creative individuals.

Is the PR Industry creative enough? What separates one campaign from the next?

The panelists agreed that campaigns must have an element of surprise along with a defining component that will stick with the target audience. The more a campaign stays with its audience, the more they will talk about it and share it with other people.

Integrated campaigns can have an emotional purpose built into them. Ads with a social purpose or that are tear-jerkers tend to be successful.

What are some barriers to creativity?

The big three: time, laziness and budget. All are vital in their own way. There is a short-term demand for ideas. One of the panelists mentioned that their agency started to charge for planning and creativity. The agency strongly believed that they should not give their ideas away for free. It takes time to develop really good ideas.

Laziness comes into play when professionals consistently pick ideas from the same hat, figuratively speaking. This can hinder us from truly reaching our creative potential. We have to bring those unique ideas to clients even if we are afraid they may not like them. 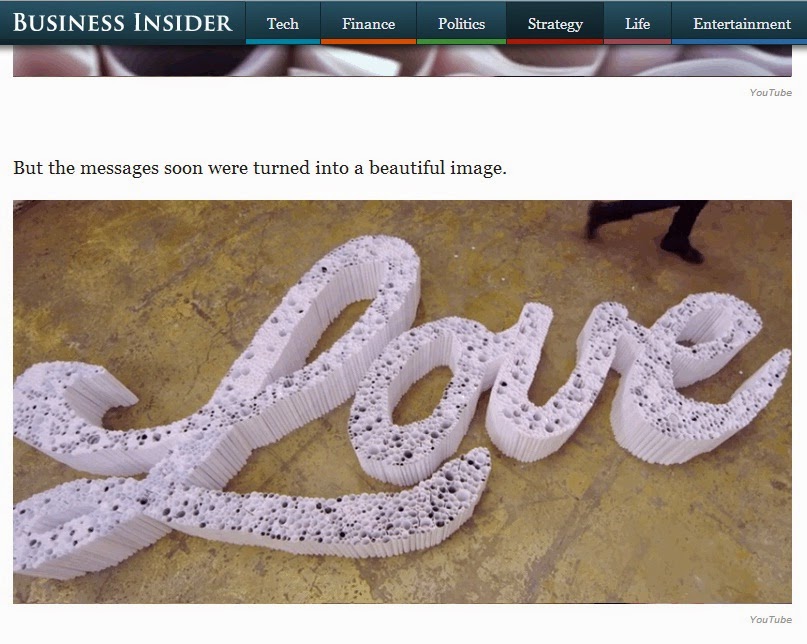 A budget can have pros and cons. Sometimes a smaller budget can produce more creative ideas.

A great example of working well with a small budget is a recent ad from Honey Maid.

This commercial met with backlash after featuring non-traditional families, including same-sex and mixed race families. However, on a low budget, the company put together a response campaign that has now been nominated for an award.

Honey Maid hired artists to come up with something clever, turning negative comments from their social media sites into a positive message. The artists printed out all the negative comments and rolled up those pieces of paper, then arranged them to spell the word ‘love.’ 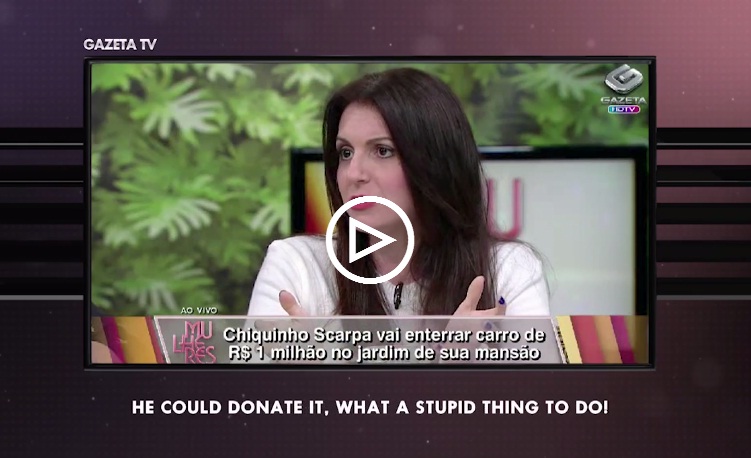 This campaign was a case of creative misdirection.  An eccentric Brazilian billionaire, Chiquinho Scarpa, posted on his Facebook page that he would bury his Bentley in the yard of his mansion. People were quick to shame him on the Internet and the Brazilian media criticized his decision. If you don’t want your luxury car, you should donate it, not waste it, they told him.

Scarpa held an actual burial ceremony, which was broadcast live. After placing the car into the grave, however, he stopped. Instead, he led the journalists into his house, where he revealed the driving force behind the creative campaign.

The fake burial had been a campaign on behalf of The Brazilian Association of Organ Transplantation
Scarpa called to attention how everyone accused him of “wasting” his car while organs that could save people’s lives went to waste each year instead of being donated. After the stunt, the Brazilian association reported that organ donations increased by 31.5 percent in just one month.

The panelists left participants with tips for finding your inner creative:
The Creativity and Cannes webinar was quite inspiring and full of thought-provoking questions. The public relations industry is full of creative individuals, but, harnessing this inventive energy can be challenging. As professionals, we need to be able to step outside of our usual creative realms in order to find fresh ideas for our clients.
Posted by Unknown