Is Kim Kardashian a PR Genius? 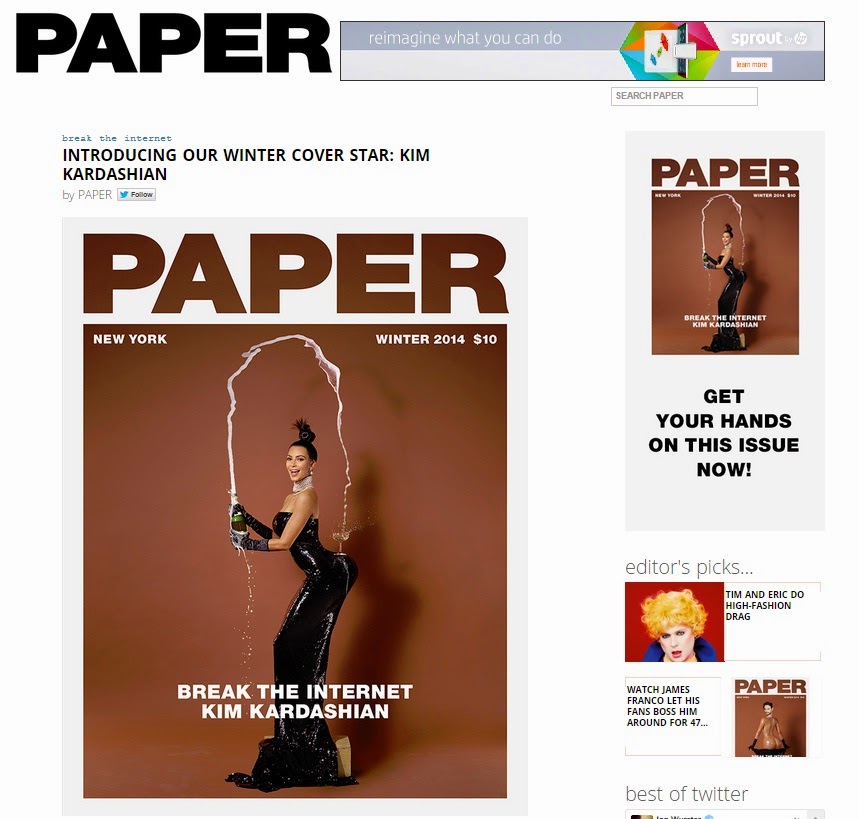 Her latest publicity stunt has been one of the most buzzed-about subjects lately. I think you know who I’m talking about. Kim Kardashian shocked the Internet with a nude Paper Magazine cover and the photo has been plastered all over the web ever since - memes included.

But (ha), let me ask you something; do you know what Paper Magazine is now? Chances are, when you think of Kim K, you probably think of the magazine that showcased her risqué photographs. Her tactic did not succeed in “breaking the Internet,” but it did generate enough buzz to keep her pictures and Paper Magazine’s name floating around.

Just to be clear, as part of a marketing agency staffed by six women, I am aware of the ramifications of using lewd PR and sexploitation for promotional materials. While this approach may work for a certain kind of audience, for our professional services clients, we highly recommend NOT baring it all to pull off a successful PR campaign. This kind of publicity stunt is more likely to turn off a sophisticated, professional target audience rather than attract them.

How did Kim pull off a major PR move?

Still, the stunt seemed to accomplish its goal of raising awareness of both Kim and the magazine. How did she do it? It’s really quite simple. She shocked us and we just had to share the news – just like I’m doing right now – and celebrities did the same by tweeting their reactions.

Then, millions of Twitter followers of those celebrities shared the information with their followers, causing a ripple effect of epic proportions. Other celebrities, such as Alyssa Milano and Chelsea Handler, essentially endorsed Paper Magazine without, perhaps, even intending to by referencing Kim’s cover photos. Handler posted a picture of her own derrière next to Kim’s and challenged her Twitter followers to guess which one is real. Meanwhile, Milano publically questioned why her breastfeeding snapshot received backlash months ago, while Kim’s photo received a fair amount of praise. This, in turn, prompted discussion on attitudes toward breastfeeding once again.

Not only did Kim Kardashian promote her own brand, she helped a small magazine gain a larger profile in just days. Overall, Paper Magazine received 32,000 new Twitter followers (and counting) and surely Kim gained plenty more by marketing toward 18- to 35-year-olds. And believe it or not – Kim actually did those cover photos for free.

Adweek reported that Kim’s cover story generated close to 16 million page views and 11.4 million unique visitors to PaperMag.com, as of Nov. 14. To meet the increasing newsstand demand, Paper Magazine is printing an additional 35,000 copies of the clothed Kim Kardashian issue, but only 10,000 of the nude cover (which will not be sold on newsstands). Paper Magazine normally has a circulation of about 155,000.

PaperMag.com is slated to undergo a complete website redesign soon to accompany their recent print magazine revamping.
Posted by Unknown