What's in a Name?

It’s been a tough year for companies and organizations that use the name ISIS.

When I was a youngster, Isis was the name of a deity in Egyptian mythology, the goddess of health and wisdom. As I grew up, the name also referred to Isis, the female superhero in the TV show, Secrets of Isis.

Given this political backdrop, executives at companies that share a name or otherwise use the acronym ISIS have scrambled to find ways to distance themselves from the newest appropriation of the name. It is a difficult predicament for any business to be in, considering this name / acronym usage isn’t something easily controlled by the business itself. 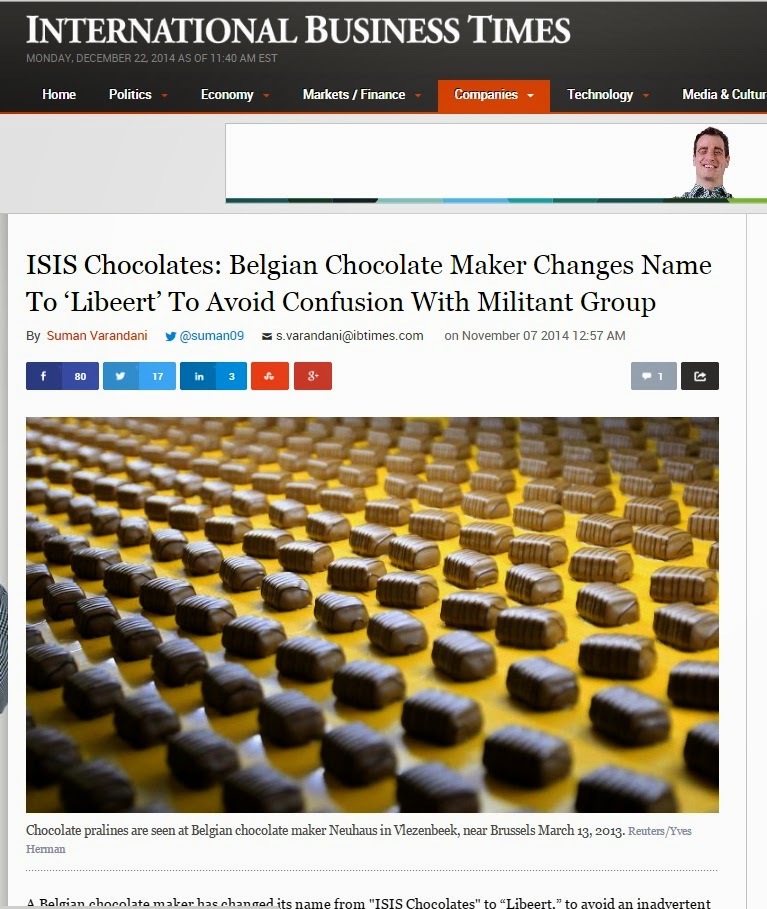 A Belgian chocolate company changed its name from ISIS Chocolates to Libeert after their international customers were unable to carry the chocolates because of the negative connotation associated with the name.

Even the animated television series Archer had to rename an organization within the show as the producers didn't want to associate with the violence and horror of the terrorist group.

A few companies using the acronym of ISIS are making a conscious decision not to change their name. A feminist group affiliated with Fordham University has decided to keep the name ISIS which stands for In Strength I Stand. "People know who we are. Nobody thinks we are in any way an Islamic terror nationalist group. So I really don't see a need to change it because of that," Wallis Monday, the group's president told New York Magazine.

Rebranding is a huge undertaking. Oftentimes, a new mission statement must be developed to coincide with the core values, which may change from time to time as the business changes with the times and its demographics. When you consider having to redesign stationery, packaging, logos, websites, advertising and any other collateral a company uses for its brand identification, a rebranding project can cost hundreds of thousands of dollars as well as a potential loss of customers.

Of course, there are times when rebranding is needed. As a company grows over time, it may evolve to offer new products or services, or may be making a push towards gaining a new client demographic, or may want to keep up with a change in trends and fashions. Other businesses rebrand because the business name doesn't fit or it is easily confused with something else or is unpronounceable or in the case of ISIS, to change the negative connotations consumers may have.

Have you ever rebranded your business? Would you change the name of your company if it had unwelcome negative associations with forces you couldn't control? Let us know in the comments below, what you think about this predicament and how you’d handle it.
Posted by Unknown