Remember, The Pen is Mighty 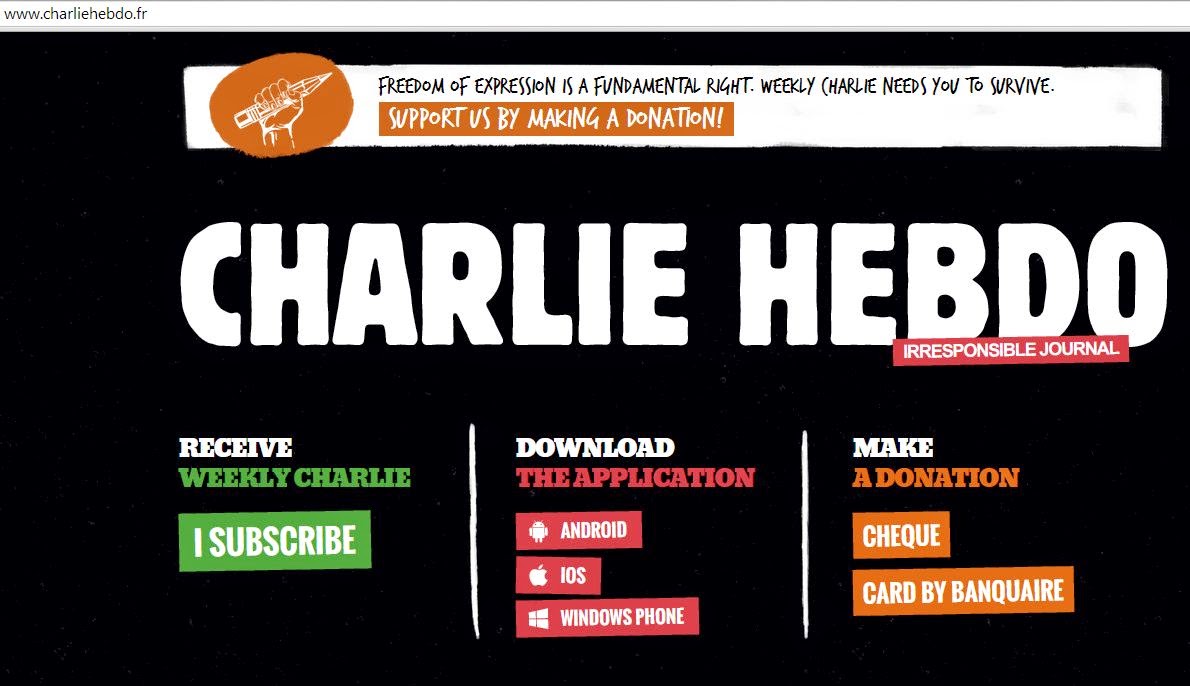 "The only security of all is in a free press. The force of public opinion cannot be resisted when permitted freely to be expressed. The agitation it produces must be submitted to. It is necessary, to keep the waters pure." --Thomas Jefferson to Lafayette, 1823
We recently joined people around the world as we watched the manhunt unfold for two armed gunmen wanted in connection with France’s deadliest terror attack in decades. The two brothers killed 12 people in an attack on the offices of the satirical magazine Charlie Hebdo, in Paris. We are still watching events unfold, as the dead are being buried, world leaders are discussing tactics to fight terrorism, and a new edition of Charlie Hebdo is being circulated worldwide.

There’s no reason to think that this type of attack couldn't happen at any newspaper or magazine in any country where citizens are free to speak their minds, free to express as they wish, and free to worship the higher power of their choice.

I sometimes take for granted that I was born in a country where I can say and create whatever I wish and believe or not believe in any deity I prefer. I can speak my mind, make with my hands what I want and put it out there for public display. If it offends or angers people, they usually react with little more than a shaking of their head, click of a mouse or the turn of the page.

Congress shall make no law respecting an establishment of religion, or prohibiting the free exercise thereof; or abridging the freedom of speech, or of the press; or the right of the people peaceably to assemble, and to petition the Government for a redress of grievances.
It occurs to me that we Americans often need a reminder that we are fortunate to live in the United States, despite the occasional elevated threats issued by The National Terrorism Advisory System via the Department of Homeland Security. We are free, and we sometimes forget the sacrifices of those who fight for our freedoms with only a pen, camera or sketch pad.

Journalists, writers, artists, cartoonists and anyone else who champions the freedom of expression whether here or abroad often risk their lives to do so. I am indebted to them for their bravery. My heart goes out to the families of the victims and I honor all those who speak freely with a pen.