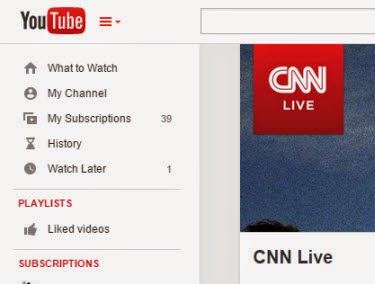 Some days, I find the news difficult to watch, with the barrage of bad news we are faced with on a daily basis. But one of the things I look forward to is the fascinating bits of trivia that come toward the end of the news segments. Recently, I saw a segment about the Library of Congress' National Audio-Visual Conservation Center in Culpeper, Virginia. It showed how they are taking old videos and filing them into an archive system along with restoring old films and adding them to “the vault," a former bomb shelter that is now home to more than 1.4 million films, television shows and other videos that "tell America's story."

Each year, the Librarian of Congress selects 25 movies to be added to the National Film Registry. Some of us from the 80s era will be pleased to know that Ferris Bueller’s Day Off  (1986) and Willy Wonka and the Chocolate Factory (1971) were added in 2014. The self-proclaimed “film geeks” who work at the Conservation Center even save television commercials, to show the changing evolution of attitudes during certain eras or cultures in America.

The item that caught my attention, though, is that they are also archiving today’s media in real time, including radio, television and Internet content - even YouTube videos. To store that volume of data, they use petabytes; one petabyte can store up to 13 years of TV videos at a time. The reason for archiving YouTube videos? According to the Moving Section Director, “It is for future generations to decide what is important and what is not.”

It is that same desire to capture history-in-the-making that has led organizations and businesses nationwide to turn to web archiving services such as Archive-It from companies like Reed Tech. I doubt many of us thought that those corporate presentations, video games or family videos we uploaded to YouTube would ever be a part of the Library of Congress, but now they may be, as the preservation of digital content becomes more common.

For me, this is a perfect illustration for my teens to explain the need for online responsibility and confirming that what you post out there, stays out there. I can now point to a government agency that is collecting their information and archiving it.

Companies need to be aware of this, too, when sharing items on the Internet and social media. We’ve shared blog posts here on having a corporate social media policy and a crisis management plan, but it’s important to know that your Internet items may be captured in an archive program, too.

Each time I upload a video presentation, TV commercial or news coverage interview for our clients, I will enjoy thinking about how we are creating history and wonder how those future generations will judge us. Will our YouTube posts seem antiquated? Will the news stories seem trivial? Will the films become classics like so many of those 80s movies I love to watch? I guess we need a crystal ball to see into the future to know for sure, but if we want to look at the past, evidently there is plenty being stored in Culpeper, Virginia waiting to be seen.
Posted by Unknown