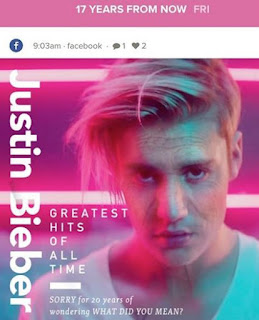 On April Fools’ Day, brands as large as Google put their marketing prank skills to the test. Some jokes were up to par, but for others, it was a swing and a miss. Below I’ve compiled the only guide you need to the 2016 April Fools’ Day marketing missteps and victories.

Let’s start with one of the worst. Google’s "Drop The Mic" animated gif of one of the beloved minion characters from the Despicable Me movie franchise was added to Gmail in place of the ‘send’ and ‘archive’ buttons, attaching the gif to sent mail. In concept, I’m sure the idea seemed cute. However, this proved to be in poor taste for people who sent more serious emails such as prayer requests and resumes for job interviews.

After much backlash, Google felt terrible about the whole ordeal and issued an apology reversing the feature. To be fair, an initial warning did pop up, but it proved to be futile.

“Well, it looks like we pranked ourselves this year. Due to a bug, the MicDrop feature inadvertently caused more headaches than laughs. We’re truly sorry. The feature has been turned off. If you are still seeing it, please reload your Gmail page,” Google explained.

Time hop to the future

This was one of the best. Instead of showing users their past social media posts, Timehop’s app produced several fake future posts — and they’re amazing.

One predicted Facebook post from 2039 reads, “Impressed by President Kanye’s socioeconomic knowledge and policies…” And another showcased a 2025 Instagram post of a “Fast & Furious 17” poster (which is not out of the question at this point).

The prank posts, which looked exactly like typical Timehop posts, made plenty of lofty predictions too. One Facebook post from 2025 says, “Filed my taxes via Snapchat for the first time, WHAT A RUSH!”

This year’s prank predictions seemed not to be too far out of reach (minus President Kanye West), but for Timehop regulars, don’t worry — your usual past social media posts can be found below the app’s April Fools’ jokes.

Aerie’s April Fools’ Day attempt was a major head-scratcher. After the company had recently started to make strides with unretouched female models, Aerie announced that this should also apply to male models. The Internet freaked out accordingly, but with thunderous applause.

So it came as a major disappointment to find out that their #AerieMan campaign was nothing but a parody launched to raise awareness about body diversity. The brand had become a major positive body image advocate, and now they were making fun of it. Their message was certainly mixed and it felt like a poorly executed PR move.

"This announcement marks the brand's pledge to forego retouching its male models in its underwear and swim images beginning holiday 2016." Furthermore, "American Eagle Outfitters has donated $25,000 to NEDA, a non-profit that supports those affected by eating disorders and an ongoing partner with Aerie," they proclaimed.

While their donation and pledge are commendable, it left many wondering why this was parody at all. Why did the campaign have to be a parody in order to raise awareness? 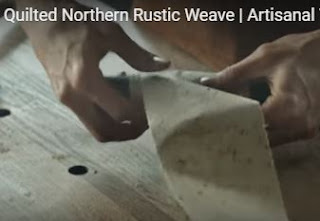 Quilted Northern ‘Made to be remembered’

Quilted Northern said on Friday that it would release the first small batch toilet paper, Quilted Northern Rustic Weave. The joke included a transformation of QuiltedNorthern.com, social media and the addition of deadpanned video commercials for the big reveal.

"The demand for simple, handcrafted, heritage products is stronger than ever, but no toilet paper satisfies this growing sector," a company press release states. "The teams quickly realized that in order to create the next breakthrough innovation, they needed to go back to the drawing board to create something more bespoke."

Luckily, this well-executed April Fools’ prank will never become a reality. The company used the prank as a platform to launch its real Mega Roll products. On Twitter, along with a short video, the company announced, “Artisanal bath tissue seemed like a great idea. Then we tried it. Now we're happy to introduce new Mega Roll instead.”

Which April Fools’ pranks were your favorite? Which pranks left you guessing? Share your thoughts in the comments below.
Posted by Unknown