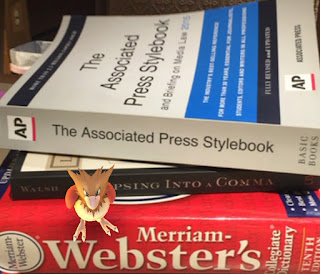 From interesting industry updates to political news flashes, here’s what the marketing and public relations team at Furia Rubel is reading this month:

Local Marketing in Augmented Reality:
Pokemon Go is an overnight sensation that could shape the future of advertising. In the game, the real world converges with a digital world through the user’s smartphone GPS and camera. Navigating with the smartphone map, players walk through their local areas and catch Pokemon. Players can “power up” at Pokestops and take control of Gyms, spurring people to physically go to visit these locations. Sponsored locations soon will be coming to the game, allowing real-world shops and organizations to attract foot traffic through the offering of virtual tools to help game-players. Some retailers already are experiencing a surge in sales from increased visitors related to the game. Businesses could further capitalize by promoting the rare Pokemon popping up in their area, making their stores a viral destination.

Facebook Ad Targeting:
A new advertising feature on Facebook is helping marketers focus on their target audiences. The new feature, Engagement on Facebook, allows marketers to select an audience comprised of people who have viewed their brand videos for varying lengths of time - from at least 3 seconds (demonstrating at least casual engagement with the brand) of their video, to half of the video, and up to 95 percent of the video. This custom audience feature allows businesses to aim call-to-action ads at people who have demonstrated connections to the brand.

Twitter Lets Users Request Verification:
If you follow Julius Caesar or Larry the Downing Street Cat on Twitter, you know that many accounts on the social network are parodies. But how to tell the difference between the real and the spoof? Twitter’s answer was to offer “verified” accounts to those in public interest industries, including entertainment, politics, religion, media, sports, business and more. Now, the network is opening verification to other users. Twitter announced recently, “If you believe your account is of public interest and should be verified, this article outlines information about submitting a request.” 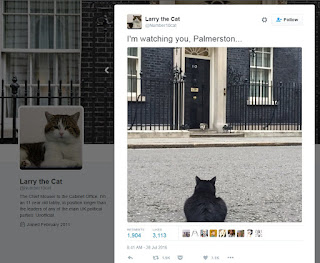 Larry the Cat Faces off with Palmerston:
Speaking of Larry the Cat, observers of the Brexit vote in the United Kingdom fretted over the outcome’s impact on Larry the Cat, the “Chief Mouser to the Cabinet.” At first, Larry lovers rejoiced that the cat would seemingly keep his job - and his home, where he has lived since 2011 - at 10 Downing Street, despite a shakeup in the office of prime minister. Now, though, it seems that an interloper from the Foreign Office, Palmerston, is battling Larry for feline supremacy, and Larry has had to be treated by a veterinarian for injuries incurred at the paws of Palmerston. We plan to follow this cat fight closely, and hope all parties can come to a peaceful resolution. #TeamLarry