We recently discussed top tips to keep in mind when considering whether and how to advertise on Facebook. One of the most important factors, however, deserved a whole post of its own – setting the budget. 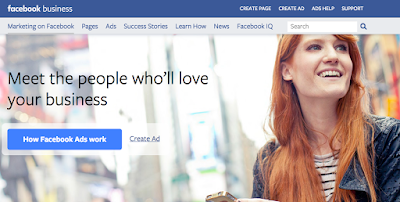 If time and money were unlimited resources, there would be no need to set a budget for anything, much less advertising. But, of course, those resources are not unlimited, so determining a budget for your Facebook advertising campaign is crucial. As with many things in life, spending too little will hamstring your campaign before it even begins, while spending a great deal may be overkill.

Here are some basics to keep in mind when deciding how much to spend on Facebook ads.

Facebook advertising works on a budget. You can set the budget to spend a certain amount per day or a “lifetime” budget of the amount to spend for the entire campaign. If you choose a budget per day, after the daily budget is exceeded, Facebook will stop delivering the ad to viewers until the next day. If you choose a lifetime budget, the advertisement will continue until your budget has been spent down to $0.

As far as how much Facebook advertising really costs, if you are setting your budget per day, the minimum budget fluctuates from $1 to $40 a day depending on the way by which you select your ads to be charged. Below are the tiers Facebook has set up showing daily minimums:

When first beginning a Facebook ad campaign, you can set your budget relatively low and track the results to see what works best for your organization.

You can also test out different images and text and see which works best. You can create several ads with variations and track which advertisements drive better traffic and click-through rates.

If you don’t want to invest in an entire Facebook ad campaign, “boosted” posts are another option Boosted posts appear more frequently in people’s news feeds, increasing the chances that your audience will see the posts. Similar to Facebook ads, you also can set a budget and duration for boosted posts, and you will be able to see how many people have viewed the post. Click here to learn more about boosted posts.