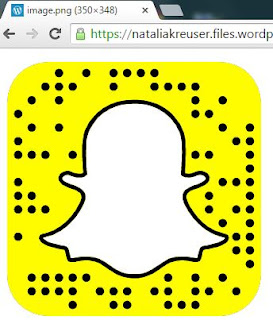 Social media platforms come and go, but the ones that remain strong have two things in common: they evolve along with their users’ needs and they reach several target audiences, not just one. Snapchat is a platform that began as a one-to-one messaging app (originally known for use in sexting) but now has evolved into a platform for group chatting – with an average age demographic of 13 to 34. Snapchat is used daily by more than 100 million users, and businesses large and small are taking advantage of reaching those users more and more often.

Snapchat allows you to take pictures or videos, edit them with text, emoji, colors or filters and then send them to a large group all at once. The photos or videos stay live on the Internet for only a short time and are erased from the user’s feed after one view, though viewers can take a screen shot of the message. Snapchat then notifies users when a viewer takes a screenshot so the sender is able to tell if the message has been saved by someone.

Small businesses use Snapchat to get users to follow their company. Many companies are using the platform to give a behind-the-scenes look into their business or as a teaser to get users to follow them. One company sent a “snap” with a video. At the end of the video you could screenshot a coupon to use at the store. This, of course, is supposed to bring customers into the store. Snapchat currently doesn’t provide a detailed tracking report, so businesses must rely on “opens” or “views” to track engagement. Since Snapchat lets you know when someone takes a screenshot, that function operates as a de facto tracking device to judge the success of your coupon.

Some larger businesses are beginning to see the attraction of Snapchat as well. Burberry announced it will premiere its fall line live on Snapchat. You can see the new fashions as they go down the runway, but then the photos will disappear after 24 hours, which coincides with its next show. This creates another teaser marketing plan from the company leading into another show and gaining interest for the brand.

While some smaller companies use the platform on a small level to reach a young, smaller audience, large corporations are beginning to use the advertising side of Snapchat. The ad costs are pricey at $750,000 per day, and there isn’t a way to directly target the advertising to a specific group. Because of this, companies need to rely on their followers to open the “snaps,” so creativity is a must when creating a message.

The NFL recently made a deal to sponsor content to Snapchat users along with their advertising. The partnership allows the NFL to send out live “snaps,” which they are calling a Live Story from the games, and allows users to post their own “snaps” while at the games. This type of interaction will give the NFL many chances to build brand awareness and gain followers. The first Live Story they did during the draft reached 15 million users – not a bad number for first time out. The NFL feels that number will grow during the season as more users become aware of the service.

Snapchat seems to be a social media platform that is still evolving, but also one that is here to stay. It will be interesting to see how followers react to seeing advertising within their messages. If you use Snapchat, we would love to hear what portion of the app you use most.
Posted by Unknown