From Katie Noonan – This week’s Gallup poll has Democratic presidential candidate Barack Obama leading Republican candidate John McCain by seven percentage points, and according to the current issue of Advertising Age, an effective marketing campaign may deserve some of the credit.

At the 2008 annual meeting of the Association of National Advertisers’, a group of marketers, agency heads and marketing service vendors, Barack Obama was named Advertising Age’s Marketer of the Year. With 36.1% of the vote, he trumped the multi-million dollar marketing campaigns of companies like Apple, Zappos, Nike and Coors.

Regardless of how the election turns out, PR and marketing practitioners and businesses alike could benefit from adopting Obama’s Web 2.0 and marketing strategies. 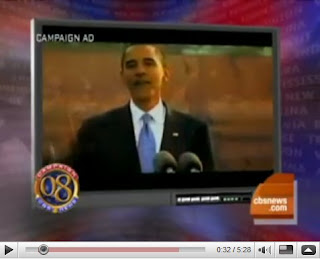 From a marketing standpoint, one of the most effective ways the Obama campaign has done this has been to reach out to small donors via e-mail at pivotal points in the campaign. When McCain angered Obama supporters by comparing him to Paris Hilton in a TV ad, the Obama campaign immediately sent out an e-mail asking donors to give as little as five dollars to “clean up” politics, thus capitalizing on supporters’ emotions. The Obama campaign has also appealed to donors throughout the campaign by offering free magnets and t-shirts with each donation of $25.

What first struck me about Barack Obama’s Web site was it’s similarity to social networking sites like Facebook and MySpace. This wasn’t a coincidence, but rather a strategy on the campaign’s part to draw in supporters by modeling the site after those with which users would be most familiar.

“On one hand, it’s intimate. The language is informal. Personal. It has an inviting matter-of-fact appeal,” said Brian Collins, founder of the Collins firm. “On the other hand, it looks like it has scale and momentum. It’s instantly appealing”

While the Obama campaign may receive some flak for the “hope” and “change” rhetoric, there is no denying that the consistency with which they have driven home those two themes has positioned Obama, whether rightly or wrongly, as the candidate who can bring change to Washington. This is a message which Gallup shows is really starting to resonate with voters.
Posted by Kate Bernard